WASHINGTON — In July 2014, after Jonathan J. Pollard had served 29 years of a life sentence for spying on behalf of Israel, his hopes for freedom were thwarted when a federal panel denied his request for parole.

But that hearing set in motion an intense scramble by lawyers for Mr. Pollard to ensure a different result a year later, when he would be eligible for parole after serving 30 years. They wrote letters, cited statistics and introduced evidence that their client met two legal standards for parole: that he had behaved well in prison, and that he posed no threat of returning to a life of espionage.

On Tuesday, the effort finally succeeded, as the United States Parole Commission announced that Mr. Pollard, 60, met the legal standards and would be released just before Thanksgiving.

Mr. Pollard, one of the country’s most notorious spies, will walk out of federal prison in Butner, N.C., on Nov. 20. Eliot Lauer, one of the two lawyers who have been working pro bono for the past 15 years to free Mr. Pollard, called his client on Tuesday with the news. 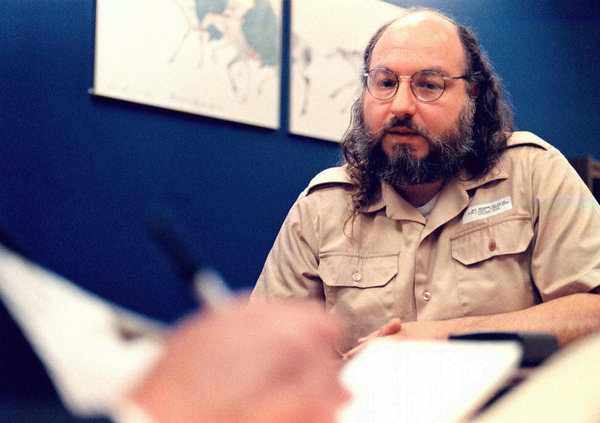 “Thank God,” Mr. Pollard replied, according to Mr. Lauer. The lawyer added, “Right now, after many, many years of hoping for this day, we are going to sit back and celebrate.”

Mr. Lauer said it was an “absurdity” to think that Mr. Pollard, who was convicted of passing classified materials to his Israeli handlers, would return to spying. He noted that any information Mr. Pollard retained from his time as a Navy intelligence analyst was more than 30 years out of date. He said the parole commission appeared to have accepted that assurance.

In the months before Mr. Pollard’s latest parole hearing several weeks ago, the Justice Department asked intelligence and law enforcement agencies to determine the effect his release would have. “They didn’t articulate how he was going to commit more crimes,” one senior American official said, referring to the agencies.

Mr. Lauer also praised the government for deciding not to oppose Mr. Pollard’s release after years in which the intelligence agencies had vehemently opposed any deal to release him early. Justice Department officials said publicly last week for the first time that they would not oppose parole for Mr. Pollard.

“Clearly, having the government accept our presentation, which involved several months of communication with the government, was clearly a boost in the parole process,” Mr. Lauer said.

Mr. Pollard’s fate has been a source of tension between the United States and Israel for decades. In a statement, Prime Minister Benjamin Netanyahu said he had spoken to Mr. Pollard’s wife, Esther. He also appeared to take some credit for the parole decision.

“After decades of effort, Jonathan Pollard will finally be released,” Mr. Netanyahu said. “Throughout his time in prison, I consistently raised the issue of his release in my meetings and conversations with the leadership of successive U.S. administrations. We are looking forward to his release.”

But Mr. Pollard’s lawyers and American officials insisted Tuesday that the parole decision was not an effort to ease friction between Mr. Netanyahu and President Obama over the agreement that world powers reached this month with Iran to curb its nuclear program. Mr. Netanyahu has said the deal will lead Iran to construct a nuclear weapon.

Secretary of State John Kerry, who testified before Congress on Tuesday on the Iran deal, told reporters after the hearing that there was no connection between Mr. Pollard’s parole and the agreement. “I haven’t even had a conversation about it,” he said.

Longtime observers of the Iran negotiations said it would have been a mistake for Mr. Obama to try to connect Mr. Pollard’s release to the nuclear deal, especially since the fate of four Americans who are being held prisoner in Iran is not addressed by the agreement.

“Any perception that an Israeli spy was released as a result of the Iran deal and not the Americans in Iranian jails would have been a P.R. disaster,” said Aaron David Miller, a former Middle East adviser to Democratic and Republican administrations. “Netanyahu would have had to protest even harder against the agreement to make sure nobody thought he was being bought off.”

In 2014, before the parole commission rejected Mr. Pollard’s request that year, Obama administration officials reportedly discussed the possibility of releasing him as a way to avert a collapse in peace talks between Israel and the Palestinians.

Officials said at the time that Mr. Kerry considered the possibility that the early release of Mr. Pollard might coax additional concessions from Mr. Netanyahu in the peace talks. Among the sticking points was whether Israel would release Palestinian prisoners.

The peace talks eventually broke down, leaving the parole commission as Mr. Pollard’s only real hope for freedom.

At the time that Mr. Pollard was sentenced, federal law required that he be reviewed for parole after he had served 30 years of his life sentence, a deadline that falls on Nov. 21. A spokesman for the Bureau of Prisons said Tuesday that Mr. Pollard would be released on Nov. 20, since the 21st is a Saturday.

Mr. Pollard’s lawyers said that if he had not been granted parole, he would have had to serve 15 years more in prison. But an official said that Mr. Pollard would have been eligible for parole every two years.

At the last hearing, which took place at the North Carolina prison on July 7, Mr. Lauer presented his case to the parole commissioners, using what he called statistical evidence to prove that Mr. Pollard was unlikely to break the law in the United States again. He also said that Mr. Pollard had been a model prisoner.

“The absurdity of it,” he said, “to think that Mr. Pollard would do anything that would violate United States law that could bring him back to prison.”

On Tuesday, Mr. Pollard expressed a desire to be reunited with his wife, Mr. Lauer said. He added that parole rules may prevent his client from immediately leaving the United States, but that Mr. Pollard was eager to visit Israel when he could.

“His preference is to restart his life,” Mr. Lauer said. “Obviously, he has great affection for Israel, and that is a place he’d like to visit and perhaps to spend time there. It’s too early to predict what his tangible plans will be.”